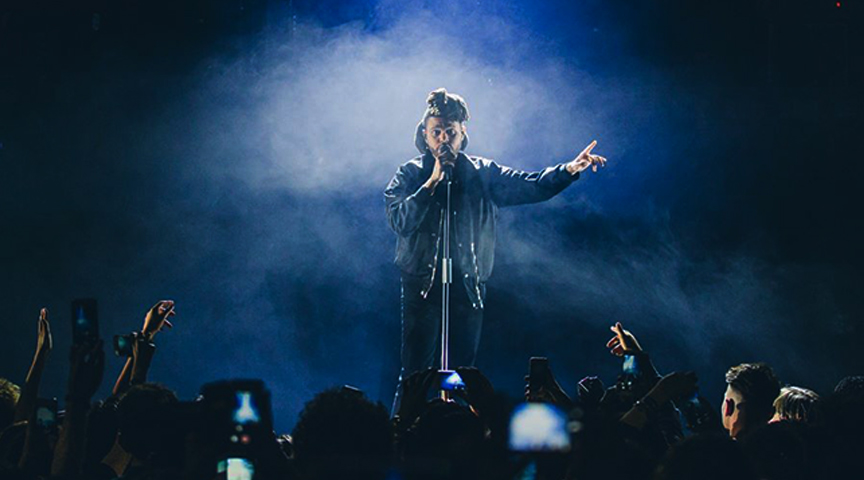 The Weeknd has officially been welcomed with open arms into the R&B bad boys club, after pleading guilty to a misdemeanor battery charge last week in Las Vegas. He joins the likes of Justin Bieber, Chris Brown,  and pretty much every rapper in entertainment at the moment.

In January, the Canadian singer was involved in an early morning fight within the Cromwell Hotel, following a Las Vegas nightclub gig. According to reports, the fight was between 10 men and when police arrived to breakup the altercation, The Weeknd punched an officer in the face!

On October 21, the charge was dismissed by Las Vegas Judge Conrad Hafen; however, The Weeknd was ordered to complete 50 hours of community service, attend impulse control counseling and submit to an alcohol evaluation.

Talk about welcome to stardom!

The Weeknd is having a hot year, finally performing at this year’s BET Awards and MTV VMA’s. Not to mention, the singer is scheduled to also perform at the American Music Awards in November. Get a little recognition/spotlight, and these singers forget how to act.

Seriously, let’s get real here. The Weeknd has been around for a few years now, mostly unknown to the vast public despite his bumpin’ trilogy of mixtapes that were released prior to his latest album, Beauty Behind the Madness. So while many of us have probably heard of him before this year, most of the United States had no idea who this guy was.

With that in mind, now everyone’s going to know that this foreign implant with the funky hair, punched an American police officer in the face while pretty much involved in a brawl in Las Vegas.

This isn’t blowing the incident out of proportion, it’s simply stating the facts.

We’ve all seen what’s happened to Chris Brown’s career since the Rihanna beatdown, and while Justin Bieber is running around trying to grow some chest hair with his antics, he’s virtually become an annoying pest to everyone over the age of 30.

For The Weeknd to bounce back from this one, he’s going to have to stay as far away from trouble as possible. I’m talking, in bed before the sun goes down!