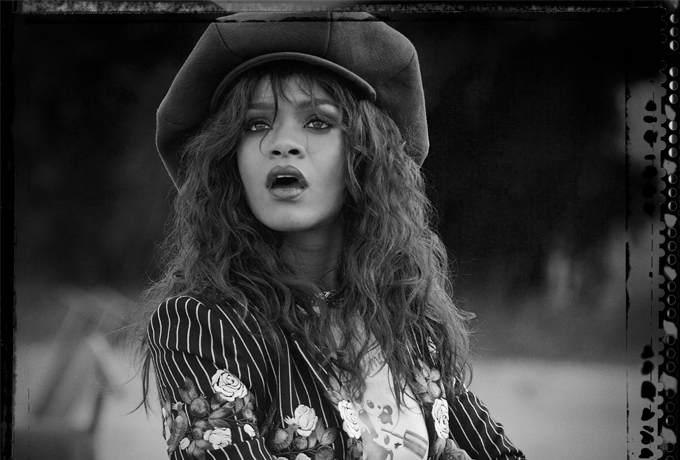 Yesterday was a big day for Barbados rockstar, Rihanna.

Earlier in the day, once again flexing her guns as one of the biggest pop stars of the past decade, Rihanna became the first artist to reach over 100 million digital sales. To put her dominance in perspective, she has double Kanye West’s total (46.5 million) and holds a significant edge over Taylor Swift (88 million) and Katy Perry (79 million).

Gold & Platinum is the industry’s premier way to celebrate achievement in the marketplace,” said RIAA Chairman and CEO Cary Sherman in a release. “We’ve given awards to artists for nearly 60 years, but it’s rare that we have the opportunity to recognize a milestone like the one Rihanna has reached.

“Congratulations to Rihanna!,” Sherman continued. “She has not only surpassed RIAA’s one-hundred million mark, but also is the first artist to do so. It’s an historic feat and a testament to an extraordinary career.

With her new album, R8, scheduled to drop before the end of the year and many more years in the game, don’t be surprised if her numbers end up damn near unreachable.

The fun didn’t end there for the “Bad gal.” At Midnight, Rihanna released her music video for “Bitch Better Have My Money” on Vevo.

Making her directorial debut, the NSFW video was more of a short movie with Rihanna taking “the accountant’s” wife as ransom for money that he owed her. Over 7 minutes long, with great visuals, outfits, a touch of nudity we’ve now all come to expect from the Barbados beauty, and a wild bloody ending, the video was artistically one of her better pieces yet.

Final note: If you all recall, Rihanna settled with her former accountant last year for $10 million after initially suing him for 3x as much for causing her to go “effectively bankrupt.” After watching the BBHMM, it’s pretty clear who the motivation was for the song.