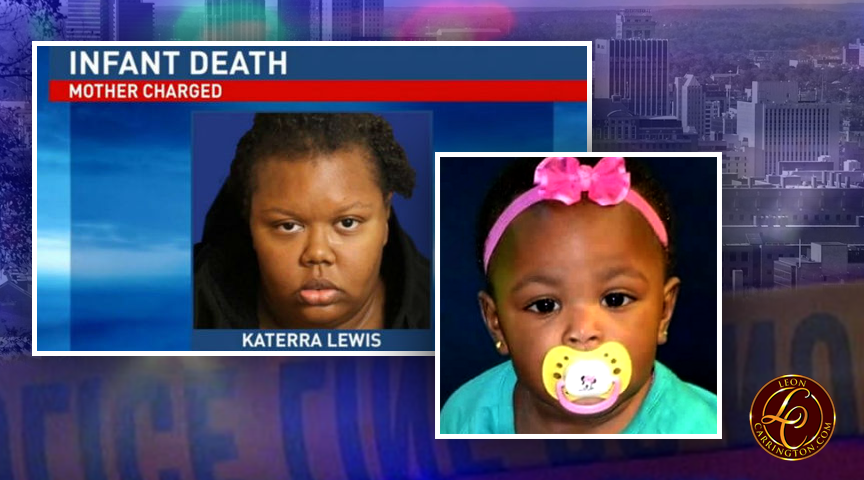 A Birmingham mother is set to face the music for leaving her 1-year-old baby girl in the care of five children, the oldest being 8 years old, while she and the other children’s mother went clubbing. The 1-year-old’s mother, Katerra Lewis has been charged with reckless manslaughter, as her daughter was brutally beaten to death by the 8-year-old boy left in charge.

Birmingham Police report that the death of 1-year-old Kelcie Lewis, occurred on Oct. 11. The boy admits to growing agitated with Kelcie when she would not stop crying after the women left for the club. To make the infant quiet down, he reportedly hit her until she stopped, and then put her back in her crib as if she were sleeping. When the women returned, Kelcie was found lifeless in her crib after sustaining severe head trauma and major damage to her internal organs in the attack.

The boy has since been charged with murder in juvenile court and placed into the custody of child welfare workers.

[x_blockquote cite=”Emory Anthony, Lewis’ Attorney” type=”center”]”I know they’re saying she left her child there without any type of adult supervision, but that’s not what she’s saying. Right now we’re just trying to find out what [the Police] have.”[/x_blockquote]

This news is absolutely sickening. Six innocent children’s lives have been completely altered thanks to the irresponsibility of two adult women who decided to go shake their asses rather than taking care of their kids.

First off, looking at Katerra Lewis’ mugshot, you can tell the woman was going to be buying her own drinks. I’m sorry, but there’s no way any sober man with two eyes is about to buy her a drink looking like that. I don’t know, maybe everyone’s just naturally busted in their mugshots? Hm, y’all tell me.

The boy is 8 years old and likely doesn’t know any better, especially if his mom disciplines her kids like I think she does. You as a parent, leave your children alone, to fend for themselves, and when you return, find that one of the babies was beaten to death because she wouldn’t stop crying when you left her.

Lewis should go to jail for leaving her child in that situation, and the other mother should lose custody of all her children for her part as well.