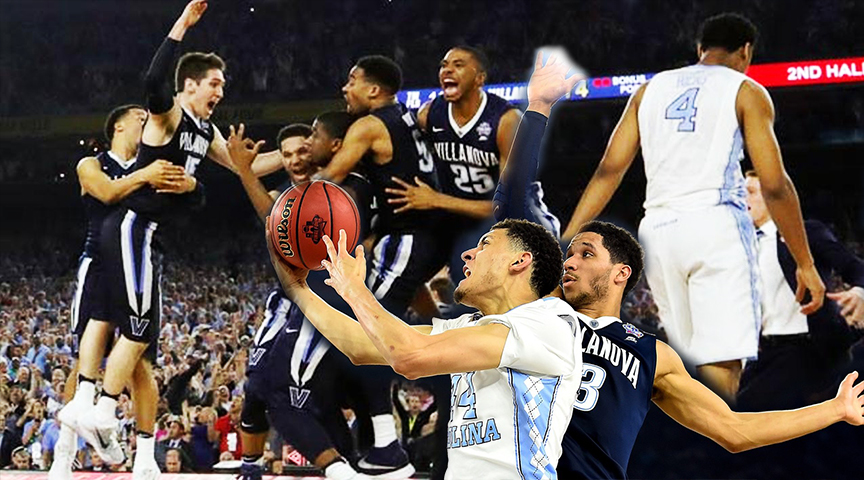 Villanova Wildcats defeated the North Carolina Tar Heels 77-74 to win the 2016 NCAA men’s championship last night. The game was a nail-biter to the very end, with several lead changes and defensive stops along the way. As the final quarter came to a close, Villanova was ahead 74-71, and everything was looking good. That was until North Carolina guard Marcus Paige hit an incredible double pumping 3-pointer, with seven seconds left to tie the game at 74-74.

The game is now tied, and surely everyone thinks it’s about to go into overtime, except for one player. With less the five seconds left in the match, Villanova inbounds the ball and takes it down the court. Point guard Ryan Arcidiacono dished the ball off to forward Kris Jenkins, who nails a 3-pointer at the final buzzer to win the game. It was undoubtedly one of the best game-winning shots of all time! Congratulations to Villanova on winning their second championship title in school history.

If you missed it, check out the highlights and the game-winning shot below.