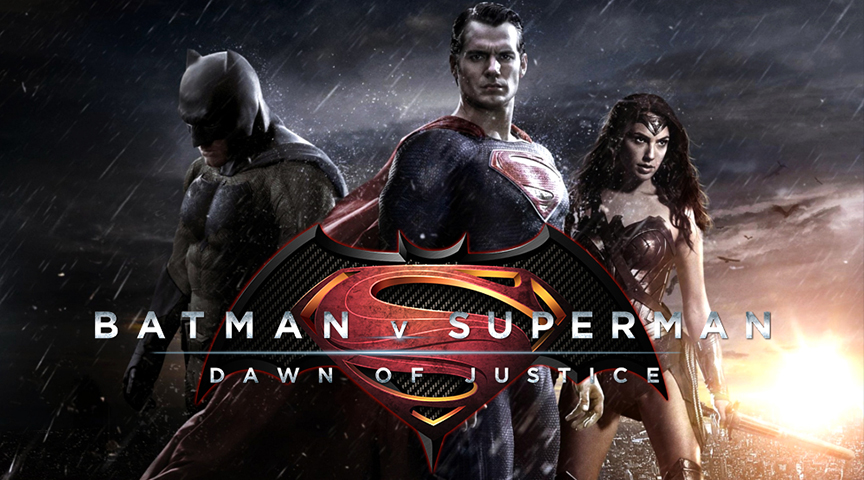 Batman v Superman: Dawn of Justice marks the first time I have walked out of a much anticipated comic book movie before it was over. Wow, where do I even begin with this review? Well… for starters, the casting for Batman v Superman was just awful. No disrespect to Ben Affleck, but surely there was someone else in Hollywood more qualified to play this role. He didn’t come across believable at all. We’re all so used to our Batman being a bit edgier and tough, and Ben just wasn’t able to pull it off. There were a few scenes where he was badass but overall he gets a C- and a big fat E for effort. Superman was played by actor Henry Cavill, and although I don’t know his body of work, I think someone else could have done the role more justice (no pun intended). The actress who played Wonderwoman was a good choice, but for the wrong movie (see the storyline below). I won’t bore you with a laundry list of characters and why their roles weren’t cast right because there was a handful who were pretty good, despite a lackluster movie and cast. The bottom line is that the casting was horrible.

The storyline for Batman v Superman was slower than a Ben Carson or Jeb Bush presidential campaign. I hate to throw politics in the mix, but I’ve seen a more exciting storyline watching a Donald Trump rally, I’m just saying. The whole movie was filled with clichés and to be perfectly honest, it was not creative at all. They tried to jam pack too many different stories in this storyline. It’s clear they only added the Wonderwoman character in the movie because a Wonderwoman movie is said to be coming out soon. I won’t say too much more and spoil it for those who have not seen it yet. I will simply say the storyline was very disappointing.

The action scenes were okay I suppose. However, I’ve seen more action in an episode of Empire than the whole Batman v Superman movie. The special effects and graphics were pretty impressive and definitely a step up from the last Superman movie. You’ll have to wait until the film is damn near over to get some real action, providing you’re not sleep by then.

Overall I was disappointed, to say the least, and apparently I wasn’t the only one. I noticed several other people leaving for the exits before the movie was over. I hate to be a Debbie-downer and criticize other people and their work, but I have to keep it real. I’m a big Sci-Fi and comic book movie fan and Batman v Superman does not live up to the hype. Super fans waited two years for this movie for it to be such a disappointment.

Do yourself a huge favor and wait for Batman v Superman to come on Video-On-Demand, It’s not worth the time, money and effort of leaving your crib. You’d have more fun watching paint dry!

Following his titanic struggle against General Zod, Metropolis has been razed to the ground and Superman is the most controversial figure in the world. While for many he is still an emblem of hope, a growing number of people consider him a threat to humanity, seeking justice for the chaos he has brought to Earth. As far as Bruce Wayne is concerned, Superman is clearly a danger to society.

He fears for the future of the world with such a reckless power left ungoverned, and so he dons his mask and cape to right Superman’s wrongs. The rivalry between them is furious, fueled by bitterness and vengeance, and nothing can dissuade them from waging this war. However, a dark new threat arises in the form of a third man: one who has a power greater than either of them to endanger the world and cause total destruction!