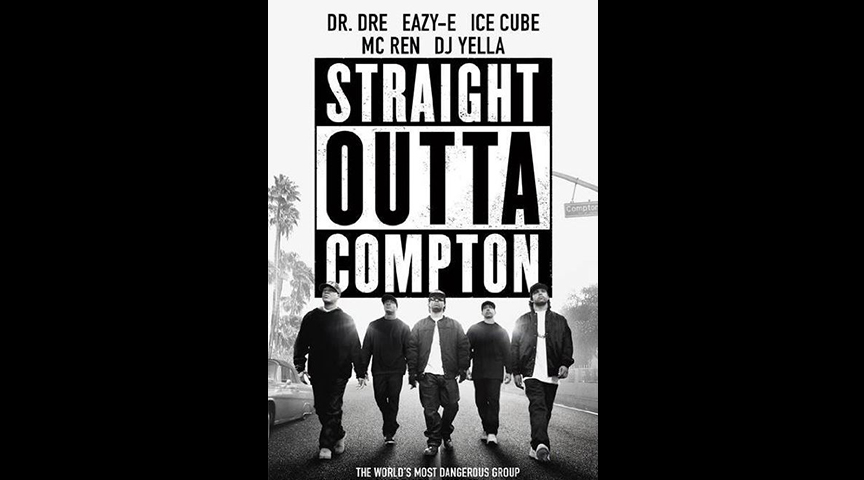 Straight Outta Compton was one of the most talked about movie premiere’s of the summer, partly because of those same messages from N.W.A. still ring true today. In a society that is seeing teens stand up for their rights all across the country, it’s as if the Hip Hop biopic was made for this exact moment.

With an estimated budget of only $28 million, Straight Outta Compton easily doubled that amount in just a few days, opening with a weekend total of $56.1 million. To date, the film has made more than $159 million in the U.S. alone.

While there were a lot of details and key events left out of the movie, or slightly glazed over, it still sent a powerful message about police corruption and brutality. It would have been great to see more character development of each member of N.W.A., the film certainly told a great story whether slightly jaded or not. If you’re a big fan of hip hop then you will quickly start to notice some things that should have and shouldn’t have been put in this film. While the acting was okay at best from most of the characters, I was very impressed with Ice Cube’s son O’Shea Jackson Jr’s performance. The actor who played Tupac looked as if Tupac himself was in the building. He was a dead match!

We all know Dr. Dre’s music producing abilities and accomplishments, so you should already know that the movie soundtrack was on fleek!

In 1987, five young men, using brutally honest rhymes and hardcore beats, put their frustration and anger about life in the most dangerous place in America into the most powerful weapon they had: their music. Taking us back to where it all began, Straight Outta Compton tells the true story of how these cultural rebels-armed only with their lyrics, swagger, bravado and raw talent-stood up to the authorities that meant to keep them down and formed the world’s most dangerous group, N.W.A. And as they spoke the truth that no one had before and exposed life in the hood, their voice ignited a social revolution that is still reverberating today.

The film, which was produced by Ice Cube and Dr. Dre, stars O’Shea Jackson Jr. (Ice Cube), Corey Hawkins (Dr. Dre), and Jason Mitchell (Eazy-E), and tells the story of the rise and eventual fall of one of the most feared groups in Hip Hop history: N.W.A. It tells the story of their beginnings, struggling to find themselves on the rough streets of Compton, forever upset at the way they were treated by police. While they came from different backgrounds and eventually went their own separate ways, it was music and their frustration with the system that brought them together to inspire a revolution that still exists to this day.