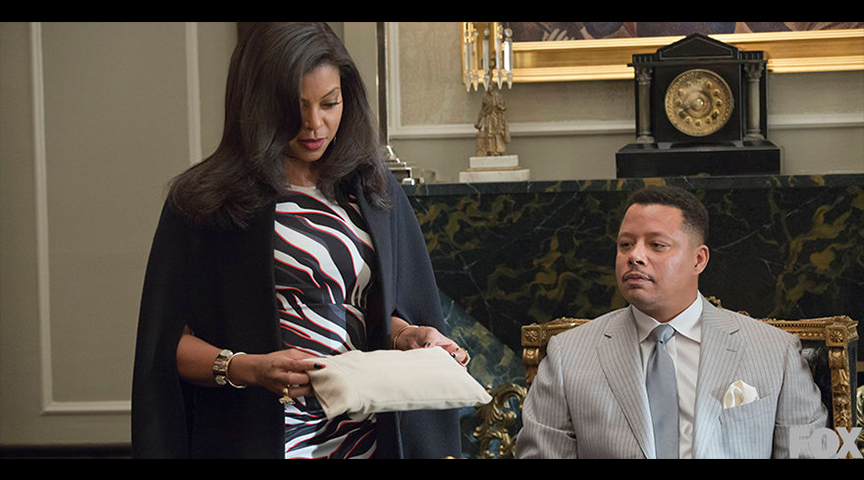 Initial reports indicate that Empire continued its hot streak from last season, drawing more than 16.2 million viewers to its season 2 premiere last night. While the show had previously totaled more than 16.7 million viewers with last season’s finale, this week’s huge numbers bring good news to Fox, who finished this past season dead last in ratings.

Not to spoil the entire episode, but here are a few of the wildest moments from the premiere:

Taraji P. Henson, fresh off her Emmy nomination for her portrayal of the Queen B of the show, certainly got things popping off appearing in a gorilla suit, while dancing around in a cage at the #FreeLucious concert. Even though it seemed wild at first, her message was actually on point, as she pointed to police brutality and mass incarceration as detractors to black men’s lives, a very relevant topic in today’s society. Though, I believe Lucious actually killed Bunky, but nice try Cookie!

Lucious Ain’t Got No Hair No Mo’

Lucious had to make a transformation to survive in prison I guess, as Terrence Howard appears with no more throwback curly waves, but a smooth fade. That’s right, Lucious is now damn near bald. The question I wanted answered was, “Where’s his tear drop below his right eye?” Hmm, maybe we’ll see that added in the coming weeks?

Not only is Chris Rock’s character a hardcore thug, but he’s also apparently a murderous cannibal. Um, I’m sorry but this is the scrawny Rock, who probably hasn’t gone through one leg day in anybody’s gym, ever. Oh wait, neither has Jay-Z; I retract my previous statement. Chris Rock’s a stone cold gangster y’all, at least on Empire he is anyway.

Spoiler alert- there were lots of celebrities guest roles in this season two opener. If you haven’t seen the episode yet then I wont dish out the line up, but let’s just say it was a star studded cast. If this episode is any indication of what’s to come this season, then we’re in for a treat! Get your snacks and wine ready. Empire airs Wednesday nights on FOX at 9pm.