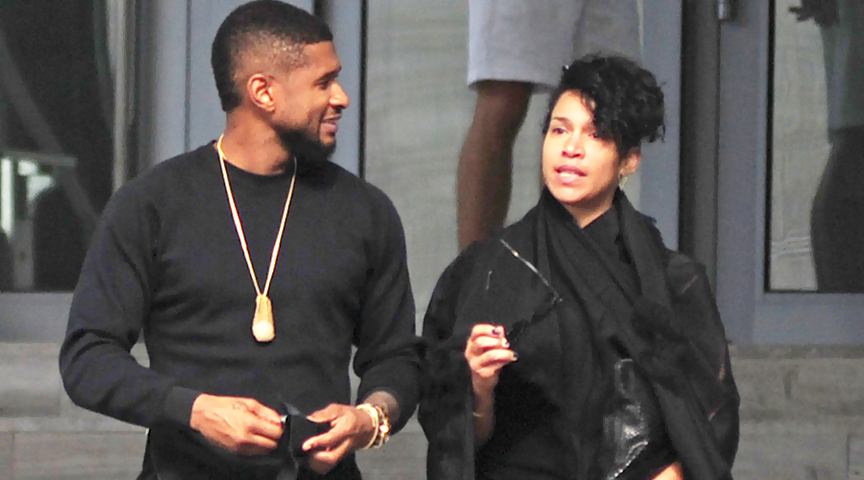 We’ve been here before and you all remember how this one ended up the first time, Usher is a married man again after wedding his long-time manager, Grace Miguel. Yes, you read that correctly, Usher has again married a woman he’s been working with. Anything sound eerily familiar to Tameka Foster, the woman who was Usher’s stylist before they got married and had two babies?

While it’s well documented that Usher and Grace Miguel have been engaged for quite some time and have dated for even longer, it’s pretty clear that maybe he hasn’t fully learned his lesson. For a man who depends so heavily on sexual desire from fans to sell records, it seems a bit cray cray for the R&B performer to go out and put a ring on it.

The last time Usher got married, he went off the deep end, appearing erratic on MTV and then completely switching up his style to the “I’m so boring and not sexy” married man routine. Let’s hope we don’t get that Usher Raymond this time around.

As reported, Usher has appeared in photographs on Instagram with a gold wedding band on his finger. The couple appears to have eloped and spent their honeymoon in Havana, Cuba together.

Earlier in the year, Usher had this to say about his now manager and wife:

“She’s someone who’s been able to support and understand all of who I am,” he said. “Not just as a dancer or as a performer or as a singer, but as a humanitarian and a businessman and as a person.”