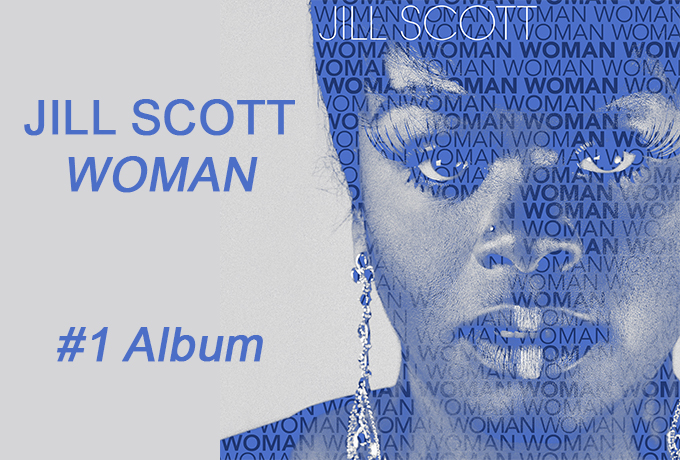 Grammy award winning soulstress Jill Scott is back on the scene with her fifth studio album, Woman. So I’m sitting at my desk one day, bobbing my head and tapping my feet to the music and losing track of time, so much that I had forgotten I was still at work. Remember back in the days (in my old man voice), when you could play an album and let it ride without having to skip to your favorite tracks? Well, you’re in for a treat because Jill Scott’s Woman is one of those albums. It’s been a while since we’ve heard music from Jill Scott, her last album, The Light Of The Sun was released in 2011. The soulful actress has been lighting up the big-screen acting in movies and TV but lets face it, the music is why we first fell in love with her.

Jill Scott kicks off with a track called ‘Prepared’ -the sound is classic and feels like we picked up from where we left off with her previous albums. Think of her hit ‘A Long Walk’ on steroids. (bad analogy?) Well, that’s what ‘Prepared’ reminds me of. We all know the popular hits from the album ‘Fools Gold’, ‘You Don’t Know’ and ‘Back Together’ are fire, but there’s plenty more where those came from. As I said, you could just put the music on and let it ride. My personal favorites are ‘Coming To You’ and ‘Prepared’.

Describing Woman as “classic Philly soul meets country rhythm served with captivating storytelling,” Scott executive produced the album in collaboration with longtime creative colleague Andre Harris (behind her hits “A Long Walk” and “The Way”) and songwriter/producer Aaron Pearce. The forthcoming project is the follow-up to 2011’s The Light of the Sun, which debuted at No. 1 on the Billboard 200.

Woman debuted as the No. 1 album on the Billboard 200 chart, making it her second No. 1 album. Jill Scott’s last No. 1 album The Light of the Sun included hits like ‘So In Love’ feat Anthony Hamilton, and ‘Shame’ feat Eve & The A Group. Her latest effort, Woman, also ends the drought of female R&B singers at the top of the chart. Before her release, the charts had gone five months without any female R&B representation.

Do yourself a favor. Buy the album, kick back, relax and let Miss Jill take over. For information on tour dates and locations go to Jill Scott’s website here.