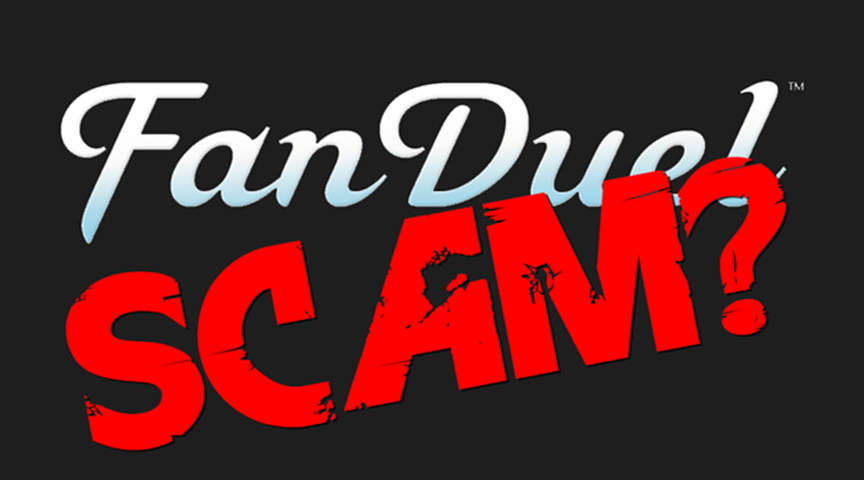 If you have spent any time watching NFL games or ESPN, you’ve been bombarded with the new trend of commercials and advertisements of daily online fantasy sports websites such as FanDuel.

We all know fantasy sports is huge and a lot of fun, but these commercials are showing people winning hundreds of thousands of dollars and even millions of dollars from playing on sites like FanDuel.com!

On the surface, websites like FanDuel are perfectly legal in the United States. FanDuel has also reported an enormous growth since they opened in 2009, by paying out enormous numbers of cash at a crazy rate:

So what’s the catch? These leagues are HUGE. Fantasy sports are HUGE. And fantasy sports are fairly complicated, so you have to know what you’re doing in order to be good – and then you have to have a substantial amount of luck in order to beat your competition. Some say you need to know insider tips that only a certain amount of people have privy to. In fact, it was just reported that a DraftKings employee, which is a rival of Fanduel, won a contest worth $350,000. Now I’m no rocket scientist, but if it quacks like a duck and smells like a duck, then its probably a duck. In my opinion this duck looks highly suspect. Should fantasy football employees even be allowed to participate in these contests? Isn’t that a conflict of interest?

This latest scandal has raised questions about the integrity of fantasy sports and if insider trading is taking place withing the game. It remains to be seen how long this industry can sustain without any real government regulations. Some believe it’s only a matter of time before Fanduel and DraftKings are dismantled. And to be honest it’s only rightfully so that they be destroyed. You can’t even enjoy a good game of NFL football with being bombarded with commercials of unfounded claims of users reportedly winning high sums of cash.

How much is this industry growing? FanDuel has claimed that they host 600,000 lineup entries on average each and every week! It’s also been reported that 28 out of the 32 NFL teams are in bed with these fantasy football companies and making tons of cash from them. Eilers Research, which studies the industry, estimates that daily games will generate around $2.6 billion in entry fees this year and grow 41 percent annually, reaching $14.4 billion in 2020. Now ask yourself, how much of this money have you won, and who exactly are these billions going to?

The amount of fantasy players making deposits to play to support the huge payouts is insane for sure. How about winning? Well, you’ll face lot of competition where the odds are stacked against you in order to win but there are a few lucky ones, although I’ve never seen or met anyone who’s won a large payout..

In my book, for as great as the thought of winning thousands of dollars sounds, you probably aren’t going to ever be lucky enough to actually hit some huge payout. This isn’t only from personal experience, but also after learning just how many people actually gamble using the service and how much insider information gets traded.

Ask yourself this before you get started: “I have to compete against how many other fantasy players? And I have to spend how much before I even give myself a small chance at a big payout?”

Mmhmm, go ahead and hold onto that money of yours. No point wasting it on a hailmary, unless of course you’ve got an arm like Stafford.

Is Fanfuel a scam? I can’t say for certain it is, however I can’t say for certain something fishy is not going on over there. Do yourself a favor and buy a scratch off ticket, at least then you know what you’re getting yourself into and will be able to see the writings on the walls. You’d have a better chance getting hit by a bus than trying to secure a huge payout in fantasy football.