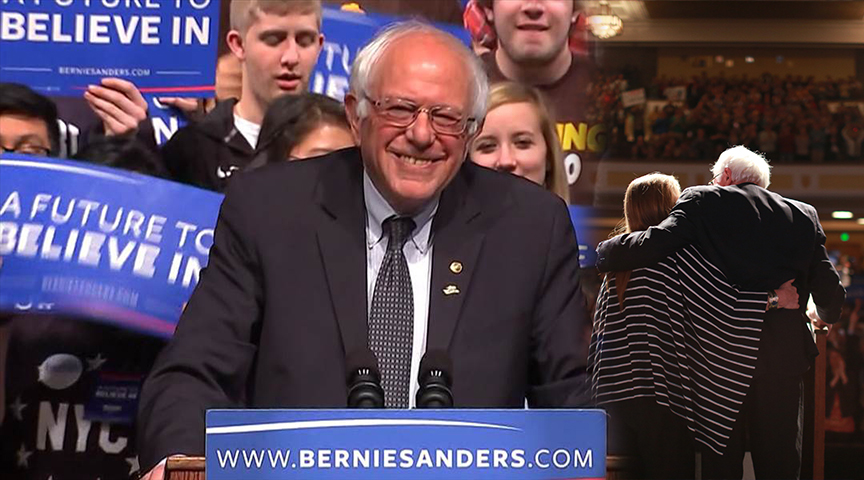 Bernie Sanders continued his winning streak over Hillary Clinton and defeated her in Tuesday’s Wisconsin Democratic primary. This is the seventh win out of the last eight for the Bernie campaign. He’s definitely got the momentum heading into the New York primary, but will it be enough to defeat Hillary Clinton who represented the state for eight years when she was the senator?

Last night in Wisconsin, Bernie Sanders got 57% of the votes while Clinton received 43%. The delegate totals are as follows:

In Bernie’s  victory speech from Wyoming — which holds a caucus on Saturday — Sanders claimed momentum and argued he is a stronger general election candidate than Clinton.

“We are defeating Donald Trump by very significant numbers,” Sanders said of the Republican front-runner, before taking aim at the billionaire class, the fossil fuel industry and super PACs that are funding other campaigns. “Yes, we can change the status quo when we think big and when we have a vision,” said Sanders. “I am not naive, I know the power of Wall Street and their endless supplies of money.”

Clinton tweeted congratulations to Sanders, adding “to all the voters and volunteers who poured your hearts into this campaign: Forward!”

Although Bernie Sanders continues to close the delegate lead held by Clinton, the chances of him winning the Democratic nomination will depend on the remaining primaries. He will have to continue his win streak by defeating Hillary in New York. Some say if he doesn’t win there, it’s lights out, and game over.

Join the movement and help Sanders win the nomination by supporting the campaign with a small donation.

Bernie Sanders by the numbers: