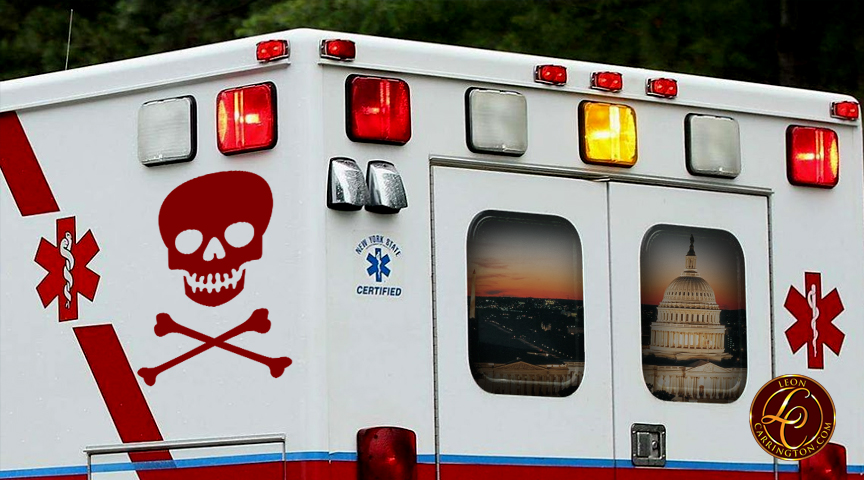 A 67-year-old man died after suffering a heart attack in Washington, D.C. and paramedics, dispatched to his home, ended up across the street, helping the wrong person.

Albert Jackson was home with his wife, Gloria, and their grandson, when he collapsed. While Gloria called 911, their grandson performed CPR in an attempt to save Jackson’s life.

The ambulance was dispatched to Jackson’s home within minutes of the 911 call, but upon arrival, they mistakenly helped a person injured across the street, whom had no life-threatening injuries or symptoms. Thinking their job was done, the paramedics packed up their things and left the scene, only to return 20 minutes later when Gloria called 911 a second time.

By the time Jackson arrived at the hospital, doctors could not save him.

D.C. Fire and EMS Chief Gregory Dean promises changes in procedures to ensure that first responders confirm the address upon arrival with dispatchers.

Now if this story doesn’t piss you off, I don’t know what will!

How is it possible for trained professionals, people who are tasked with saving lives, to arrive at the scene of an emergency, where, you know, someone is dying, and help the wrong person? Why aren’t there procedures already in place to confirm a location and also to confirm the person in need of assistance?

We have no idea whether or not the man would have lived, but to have his untrained grandson as the only source of help because the paramedics failed to treat the correct person… that makes no damn sense.

The chief should be fired, the paramedics and dispatchers should be disciplined, and Gloria Jackson better be filing a lawsuit to make sure she gets paid! Get them for all their money, Gloria!

Seriously, how the hell does this happen?