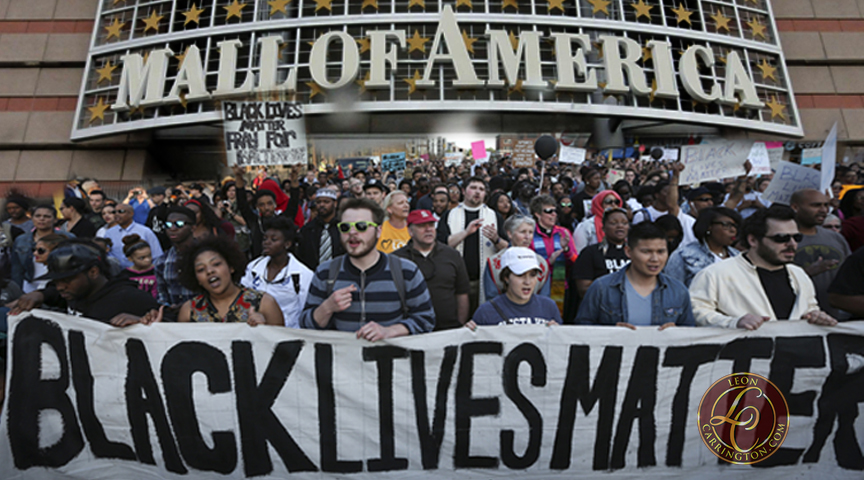 Mall of the America in St. Paul Minnesota goes to court to try and ban BlackLivesMatter protest

By going to court, Mall of the America hopes to put a stop to the BlackLivesMatter protests that are planned to take place the day before Christmas eve, which happens to be one of the busiest shopping days before the Christmas holiday. Despite the Mall’s effort to keep them off the premises, the BlackLivesMatter protesters will continue to move forward with their demonstrations as planned.

The mall filed for a temporary restraining order on Friday that would bar the demonstrators from protesting on Wednesday. Beyond barring the protest, the mall also requested in the filing that organizers remove any and all posts with plans of the demonstration from social media and to send out notifications that the event has been canceled. The mall, which is privately owned and doesn’t allow protests, contends that another demonstration would mean more lost sales for its vendors.

Wow! So let me get this straight, not only do they want to ban the protest, but they also want to police your Facebook and Twitter accounts? That’s madness. What happened to freedom of speech? I get trying to get organizers off private party but trying to control someones social media through a court document will be an uphill battle, not to mention, unconstitutional.

The protesters are vowing to move forward unless their demands are met. Last month another black male named Jamal Clark was shot and killed while in police custody. Clark died during what police said was a struggle. However, others who say they saw the shooting, say Clark was handcuffed at the time. Authorities have declined to release video of the shooting while state and federal investigations are underway.

Last year’s Christmas-time demonstration was one of several staged throughout the country over the killings of Michael Brown in Ferguson, Missouri, and Eric Garner in New York by police officers who weren’t charged. Those behind this year’s planned protest at the Mall of America want the authorities to release video of the death of 24-year-old Jamar Clark, who was shot and killed by Minneapolis police on Nov. 15.

Mall of America supports BLM’s First Amendment right to free expression, but courts have clearly ruled that right may not be exercised on private property without the consent of the property owner.

Apart from the video demands of Jamal Clark, the BlackLivesMatter protesters are also seeking a special prosecutor to be appointed, rather than have a grand jury decide whether the officers should be charged in Clark’s death. In addition, they want federal terrorism charges to be brought against four men who shot at protesters outside a Minneapolis police precinct last month, injuring five.