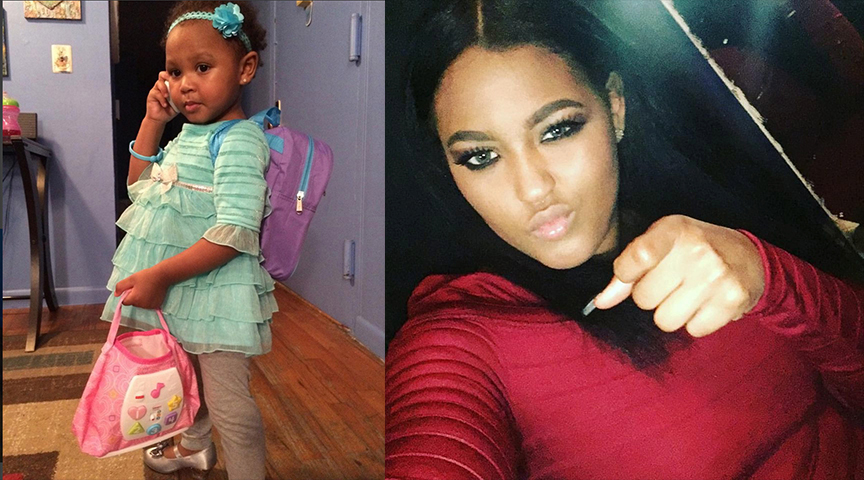 A 2-year-old girl was killed in a Brooklyn house fire Tuesday when she was left alone by her mother, who was out working as a stripper, law enforcement sources said. The terrified little girl hid under her bed as the apartment at 755 Monroe St. in Bedford-Stuyvesant was consumed by flames — and firefighters didn’t even know she was there after they doused the blaze at 7:30 a.m.

They discovered little Kalenah Muldrow’s body only when her 20-year-old mother, Leila Aquino, returned home and notified police that her baby had been upstairs, sources said.

“The mother was distraught. She came up, she saw the fire and she said she didn’t know where her baby was,” said a neighbor, Lisette Smith.

“She went into the building. She said, ‘Where’s my baby? I just want to find my baby.’ ”

When Aquino arrived home to find the tragic scene, she was carrying a box that contained $980 — all in $1 bills, tips she had earned from her night of dancing at a gentleman’s club, sources said.

When she learned that her child was dead, Aquino collapsed to the ground in tears. She initially told police she had left the girl with a baby sitter and gone out, sources said. The baby sitter denied that claim, saying, in fact, that she had stopped working for Aquino earlier this month because the pole-dancing mom owed her money.

When confronted with the conflicting information, Aquino broke down and admitted she had been working at a strip bar overnight, sources said.

She was grilled at the 81st Precinct station house Tuesday night, and was charged with reckless endangerment and endangering the welfare of a child.

The Brooklyn District Attorney’s Office is already investigating the case. Some people outraged by the incident left messages on Aquino’s social media page. “I’m trying to understand why would u leave a two year old home alone,” Tonya Houston wrote. “Do you not have a conscious? RIP baby girl.”

Fire officials suspect the blaze started because of a portable heater that was left on in the apartment.