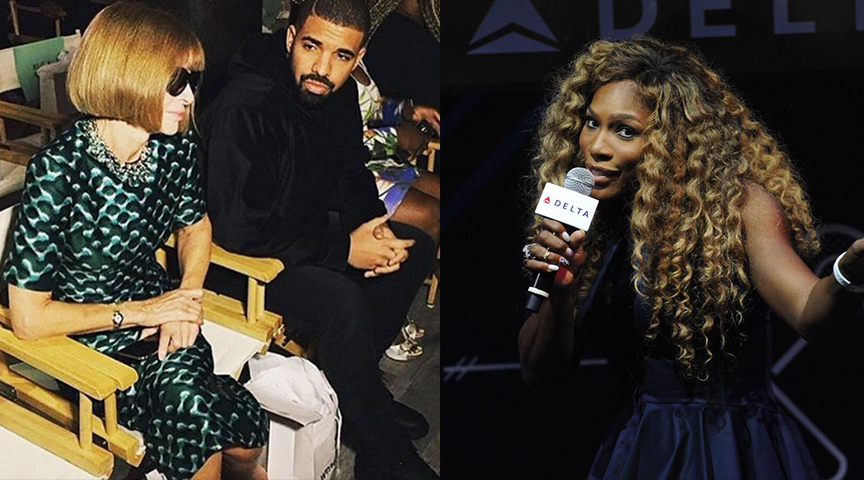 You’ve seen the reports, Drake’s appeared at the Wimbledon Grand Slam final, rooting for Serena Williams as she won her 21st grand slam title. He also appeared at the U.S. Open tournament, in which Serena lost and everyone pointed a finger at the Toronto-based rapper as the primary source of blame. Well, most recently, Drake again showed his support by attending Serena’s New York Fashion Week debut show for her clothing line. However, in doing so, he may have ruffled the tennis star’s feathers by posting a picture with Anna Wintour with the caption, “Bae.”

If there’s one thing Serena will quickly learn, the streets are always watching. A screenshot was captured with her response: two hands, as if she were saying, “Um, excuse me?” Maybe if she had posted two waving hands, there would be no cause for side-eyes or screenshots from the rest of us watching. But the two regular hands as if to say, “stop;” girl, we definitely noticed those.

Note to the queen of tennis, Serena Williams, be careful with those emojis because they will get you caught up! Also, for Drake, don’t forget about the line judge Serena went off on a few years back at the U.S. Open! Serena ain’t having it, sir.

Do you think Serena was saying, “Hold up, I’m bae,” or simply saying “Hi,” to Drake and Anna?