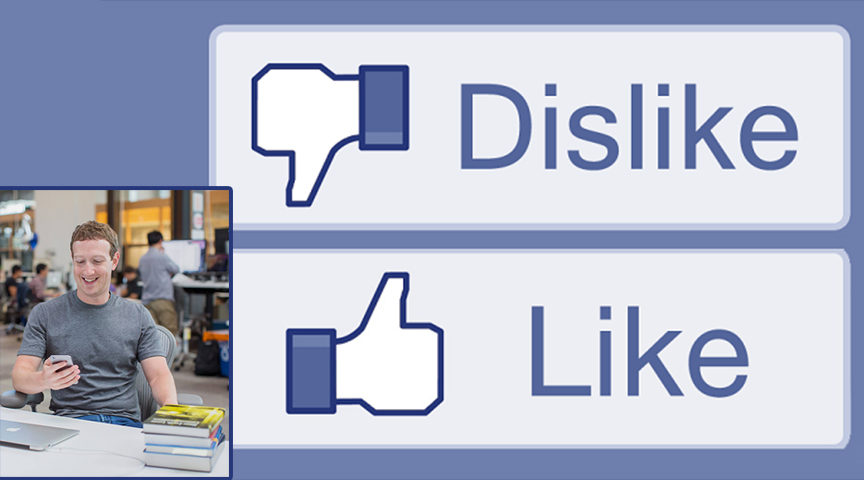 Many people have been clamoring for a Facebook “dislike” button over the years, and in a recent live Q&A townhall, Facebook founder and CEO Mark Zuckerberg hinted at a possibility the button is being developed.

“It’s important to give people more options than just ‘like'” to help express empathy and sympathy, Zuckerberg said. “Not every moment is a good moment.”

While Facebook plans to call the button something other than “dislike,” there is growing concern that the world’s largest social media network will now become a place of discontent and negativity, even more so than normal with the ugly breakups and drama that already goes on across our timelines anyway. Zuckerberg hinted at the possibility of a “sympathize” button for those instances when someone’s status that needs more positive solidarity.

At last year’s Q&A townhall with Facebook supporters, Zuckerberg quickly said they would not be supporting the negativity that could come along with a “dislike” button.

“Some people have asked for a dislike button because they want to say, ‘That thing isn’t good.’ And that’s not something that we think is good for the world. So we’re not going to build that.”

No official date has been released as to when a form of a “dislike” button will appear on Facebook. However, if you were to create the button, would you side with sympathize or dislike? Either way, the drama over social media and Facebook in particular will probably never stop.

Hint: If you’d like to limit the amount of negativity you come across on your timeline, there is the possibility of a) unfriending; b) unfollowing; c) muting a post; and d) reporting the post if it is offensive.