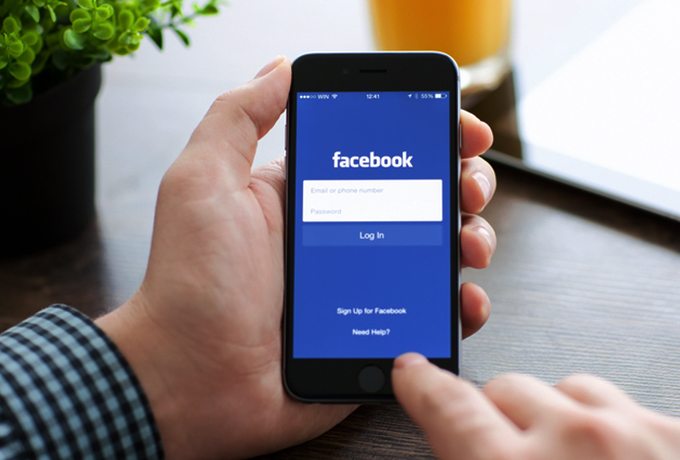 If you heard about the Mike Epps scandal then you know that his wife busted him trying to slide into the direct messages of a young lady on Twitter. Well Facebook Messenger has actually taken it to the next level! No more wondering where your boo is, Facebook has programmed its app to tell you their exact location down to a meter of where they’re using the app.

“As you may know, when you send a message from the Messenger app there is an option to send your location with it. What I realized was that almost every other message in my chats had a location attached to it…”

“…The latitude and longitude coordinates of the message locations have more than 5 decimal places of precision, making it possible to pinpoint the sender’s location to less than a meter.”

But in all seriousness, this brings forward major concerns for the privacy and safety of Facebook’s users. If your underage child is on Facebook, as most middle and high school kids are, and if they use the Messenger app, their location is being sent to whomever they chat with. This makes it easy for predators to befriend them and know where they are at all times!
Since Khanna shared his findings, Facebook told him that they would be “fixing” the app to remove the default setting that sends locations. However, Gawker said it best,

“This wasn’t an “issue” that required a “fix” until someone pointed out how uncomfortable and sinister it is that a corporation had lured us into providing them with this level of personal information. Facebook Messenger didn’t just erupt, spontaneously, from some primordial code bog; it was designed by some of the smartest and most deliberate engineers in the world. If it’s creepy, it’s creepy on purpose.”

Now if the location tracking wasn’t enough, there’s more! Yeap, it get’s even worse. Remember when you first got the app, and instead of reading through all the permission required, you just hit accept and downloaded it? Well… here’s a run down of what you told Facebook they have permission to do:

Why these permissions: Because Facebook messenger can call people. Or, rather, it can initiate a call. If someone has given Facebook their phone number, you’ll be able to call them through this app. At the same time, the app has the ability to see what your phone number is.

Why these permissions: Facebook Messenger uses an SMS to confirm your phone number when you decide to give it to Facebook. Note how that works in conjunction with the “read phone identity” permission above. Facebook Messenger also allows you to send a text message or MMS to someone who isn’t yet on Messenger. (You have to give it access to your contacts for that to work.)

Why this permission: Facebook Messenger can use the camera to … wait for it … take a picture or shoot video.

Why this permission: Facebook Messenger can use your microphone to … wait for it … record a message to send to a friend. Or make phone calls.

Why these permissions: Because Facebook Messenger uses location for all sorts of things, including tracking your every move.

Why these permissions: Facebook Messenger is a messenger app, and it has the ability to sync up with your phone contacts. (That’s a separate process altogether, but it still has to declare the permission up front if it’s going to do any of it from your phone.)

Why these permissions: Standard permission for any app that needs to cache data somewhere. In this case, think of the images for your contacts. Instead of downloading them every time you use the app, which is slow and costs data, it stores them. (And that’s just one example.)

Why these permissions: Facebook Messenger needs a data connection otherwise it can’t be used. That explains most of that there. As for downloading files without notification, Facebook apps update automatically, that’s why Facebook sometimes look different even though you didn’t actually update the app.

The bottom line: Use the app with caution or better yet, don’t use it all. Everybody is different. Some may not mind giving up a level of privacy and on the other hand, some may not care at all. Whatever floats your boat!

Leave your comments below, we’d love to hear your thoughts on this.