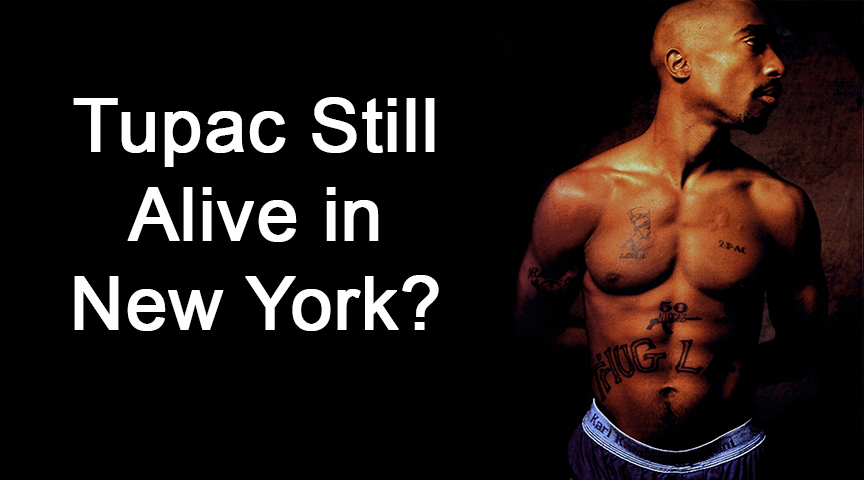 The 19th anniversary of Tupac Shakur’s death recently passed and in what has become regular fashion, conspiracy theories once again cropped up, with people claiming the west coast legend is still alive. Listen to New Yorkers as they share some of their wildest theories on where Tupac is now and what he’s been up to over the past 19 years.

You heard one New Yorker say that there’s no way Tupac died because of the “heat” that was continually released in the form of posthumous albums and features. However, there’s this thing called, recording and audio effects, which allows artists to record music and have it be remastered, and released at a later date. I don’t hear anyone clamoring that Sam Cooke or Aaliyah are still alive.

Common theme: Tupac’s somewhere hiding out. From what? Who knows, but some of the most commonly mentioned locations for his whereabouts include Cuba, California, Central Park in New York, and the Dominican Republic.

While it all certainly sounds entertaining, it’s hard to believe that a man who stood for so much to so many, and who was actively outspoken, could spend nearly 20 years in hiding, with no apparent plan to make a comeback.

Sounds a bit far fetched to me. What do you think?