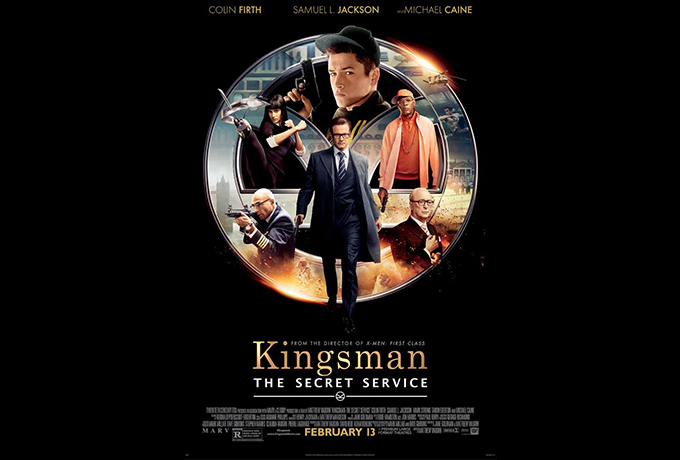 What makes “The Kingsman: Secret Service” movie a “must-see” is the “one-two-three” punch combining comedy, action, and spy thriller into one. Some have already compared “The Kingsman” to James Bond: 007 meets Austin Powers, but I think the comedy is more outlandish, and the action is more violent. The Kingsman is an elite secret spy organization who is gathering new recruits to replace fallen agent Lancelot—who dies trying to save a science professor kidnapped by the eccentric villain Richmond Valentine (masterfully played by Samuel L. Jackson).

The Kingsman operative Harry Hart (Colin Firth) recruits an unlikely but promising street kid named Eggsy (played by newcomer actor Taron Egerton). While Valentine begins to put his diabolical plan in motion, the Eggsy joins the new recruits (mostly prep-school types) to compete for Lancelot’s place in a high-stakes training program. You’ll have to see “The Kingsman” to find out which recruit gets the job and whether Valentine’s plan to reduce the planet’s population and save the elite for a new world gets foiled.

A spy organization recruits an unrefined, but promising street kid into the agency’s ultra-competitive training program, just as a global threat emerges from a twisted tech genius.