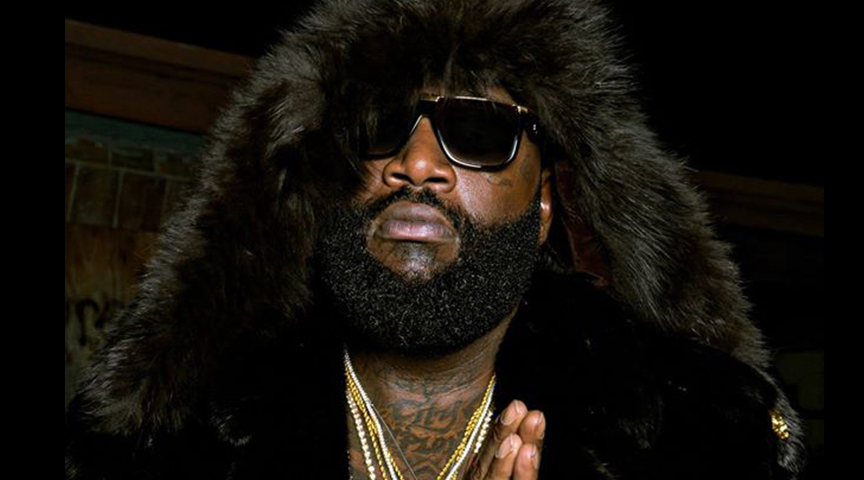 Rick Ross is in even more legal trouble as his name and also his label, Maybach Music Group, are listed in a lawsuit against one of his bodyguards for allegedly drugging and raping a woman.

The reported victim, an unnamed woman from California, claims that on February 7, she attended the Cannabis Cup in San Bernardino, CA with Rick Ross and his bodyguard Thaddeus James, whom she had previously met for the first time in March 2013. The woman claims that she met up with the bodyguard upon invitation, and also with the intention of pursuing a job with the rapper.

After meeting them at the W Hotel, the woman rode with the rapper and his entourage, including James, helping pour glasses of champagne for Ross backstage, as he waited to perform. After performing her requested duties at the event, she rode back to Los Angeles with Ross and James, at which time she took a drink James offered her, not realizing that he had intentionally drugged her glass.

The following morning, the woman woke in James’ hotel room, disheveled with her clothes out of place and evidence that she had been raped. She claims that she does not remember the events of the evening clearly due to the alleged drugs in her drink; however, she does remember James closing the door and “smacking her buttocks.”

After the night of February 7th, the woman immediately fled to Texas to be with her sisters. She claims to have told two friends about the incident before she departed Los Angeles; however, it took the encouragement from her family to pursue legal action.

Okorie Okorocha, the same lawyer who filed a lawsuit against John Travolta which was later dropped, filed the suit against Thaddeus James, Rick Ross and Maybach Music Group, for their role in the alleged drugging and raping of his client. Okorocha claims that Rick Ross and Mayback Music Group are responsible for employing James and “foster[ing] an environment in which drugs and rape were not only tolerated and condoned but encouraged.

This comes less than three months after Rick Ross was jailed for reportedly kidnapping and assaulting a man.