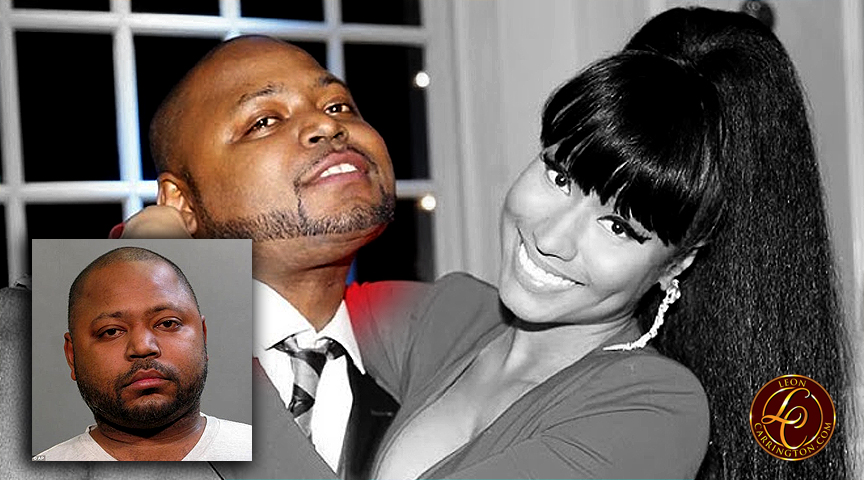 Nicki Minaj’s older brother, Jelani Maraj, 37, was arrested on December 1st in Long Island on charges of first-degree rape of a 12-year-old. Nicki forked over the $100,000 bail to get her brother released from the Nassau County Jail. Jelani Maraj is expected to appear in court on December 9th and no  further details of the alleged offense have been made public at this time.

The 32-year-old star is very close to her older brother and was in attendance at his wedding to Jacqueline Robinson just three months ago. It’s been reported that Nicki chipped in with $30,000 to help her brother pay for his wedding. Minaj shared an image from the wedding on her Instagram and mentioned that her brother’s wedding was one of her favorite nights of all time.

“I can’t believe I cried during his wedding and his first dance.”

Obviously, we can’t jump to conclusions and crucify Jelani Maraj until more details are released. However, from the man’s mugshot alone, there’s a coldness to his eyes that gives my grown ass the creeps.

In all honesty, it’s difficult to say how this situation will turn out, unless you point to the fact that no details regarding the incident have been made public. Since there’s nothing for the public to go on, in all likelihood, Nicki’s lawyers are already working to suppress all details and settle out of court when the time comes for that.

Guilty or not, we all know, celebrities and their family members, rarely see jail time in cases like these. Money talks and they’ve got a whole lot of it. Sad, but true.

If I were the judge and Jelani Maraj was clearly guilty, I’d send his ass to jail without a second thought. Oh, and I’d advise his newly-wedded wife to go ahead and divorce him. Hope she didn’t sign a prenup!

But that’s all hypothetical so let me tell my blood pressure to chill.