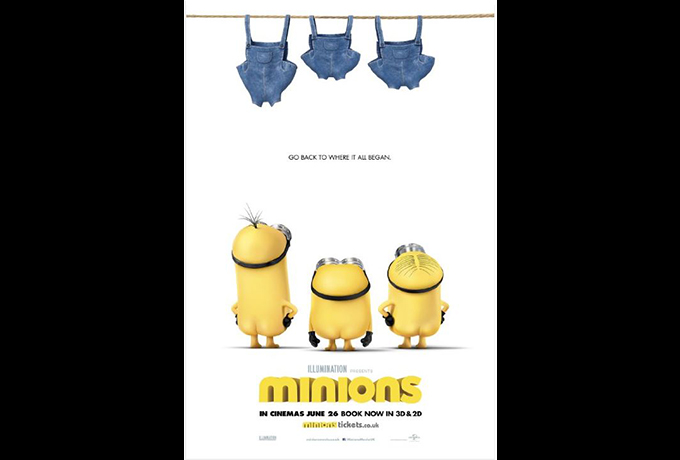 Whether you usually watch animated films or not, I’d recommend that you give Minions a chance. I was very surprised at the hilarity of the characters and the storyline kept me involved enough to where I didn’t really feel like I was watching a kid’s movie.

The film stars Sandra Bullock as the first female super-villian, Scarlet Overkill and Jon Hamm from Mad Men, as Herb Overkill. While the minions join forces with their new master, Scarlet to take over the world, in the process they must also save the rest of the minions from “annihilation.” With a great storyline and laugh after laugh, your whole family will enjoy this one.

Minions Stuart, Kevin and Bob are recruited by Scarlet Overkill, a super-villain who, alongside her inventor husband Herb, hatches a plot to take over the world. They travel from frigid Antarctica to 1960s New York City, ending in modern London, where they must face their biggest challenge to date: saving all of Minionkind…from annihilation.