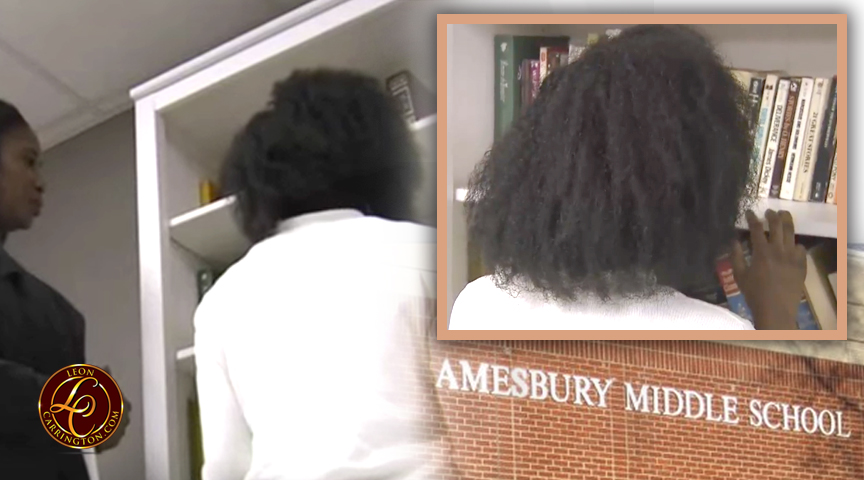 A black 13-year-old student of Amesbury Middle School in Toronto was kicked out of class by the school’s principal for having what she deemed to be an “unprofessional” afro.

The girl, who’s mother wished that she remain anonymous, said that she was doing her work in class, when the principal approached her and instructed her to either pull her hair into a ponytail or leave the classroom.

Kaysie Quansah, the girl’s aunt, spoke out about the incident and said that she was both surprised and not surprised that the principal, Tracey Barnes, was black. She took to her Facebook account to say the following:

I know that as a little black girl, it’s hard growing up in this world. It’s hard growing up with European beauty standards kind of pushed down on us from a young age. We grow up, all this time, feeling like we’re not beautiful. And so for her to see [my niece] and her natural hair and to think ‘Oh, she will never get a position or she won’t be accepted in society because of that,’ feels like it was drilled in her when she was growing up and now she’s projecting that onto little black girls who may have reminded her of herself.

In the school’s code of conduct, uniforms are required; however, hair is not included in any regulations.

This obviously isn’t a situation where racism is involved so let’s not go down that road. However, the aunt brought up some very valid points that may or may not fit why a black female principal, kicked a middle school student out of class over the girl’s hair.

In the video, the little girl’s hair certainly doesn’t appear unkempt and her uniform looks clean and presentable. So it sounds as if the principal simply does not support the appearance of natural hair afros, which makes me question, how that isn’t a cause for disciplinary action against the principal for open discrimination?

If it’s not in the dress code and the principal acted on her own accord, then she should be punished for putting a teenage  girl through that kind of unwarranted embarrassment.

Now you have a little girl, who was embarrassed in front of her peers, made to cry by a grown adult, and essentially taught that her hair is a source of scrutiny if not styled a specific way.

At the very least, this principal should be suspended, if not fired for her actions. Principal Barnes is supposed to be a role model, not a tyrant.