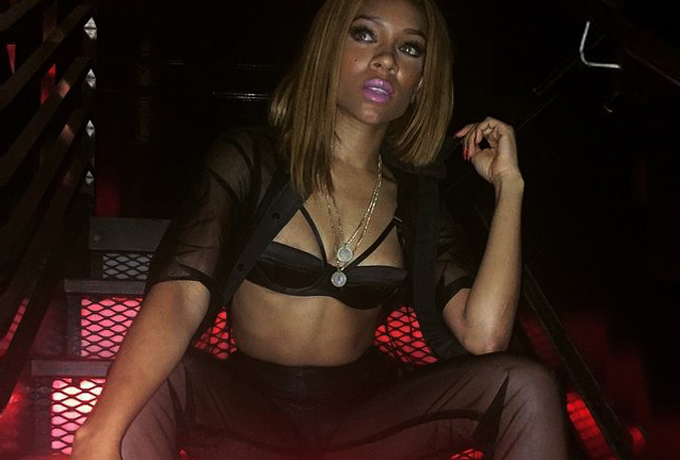 Lil Mama is back with a bang. The rapper’s career was on cruise control ever since her intrusion in Jay-Z and Alicia Keys’ MTV Video Music Awards performance in 2009. But, that is water under the bridge now as the rapper is en-route towards reclaiming her global status with a new song and video titled, “Sausage.” She also managed to turn a few heads a couple of years back with a respectable portrayal of Lisa “Lefteye” Lopes in the VH1 biographical film, CrazySexyCool: The TLC Story.

Niatia Kirkland, aka Lil Mama, promotes safe sex in her song, Sausage. The chorus goes like this, “Eggs, bacon, grits; you better use a condom if you taking that sausage.”That is a subtle way of encouraging people to practice safe sex. The summer anthem has a 90s hip hop flavor to it, and the catchy dance sequences in the video are a treat to the eyes. The rapper also makes a tribute to Mary J. Blige by making a reference to the singer’s “Not Gon’ Cry” video. There is no requirement of a Parental Advisory Explicit Content label on the song as the lyrics are educationally sound.

After the debut of the video on Friday, May 29, on WorldStar Hip Hop, it was met with mixed reactions. While some criticized the video for the incorporation of endless throwback themes and its lack of originality, others such as the likes of Solange Knowles and rapper, Azealia Banks, backed the track and spoke of it glowingly.

Have a look at it for yourself!