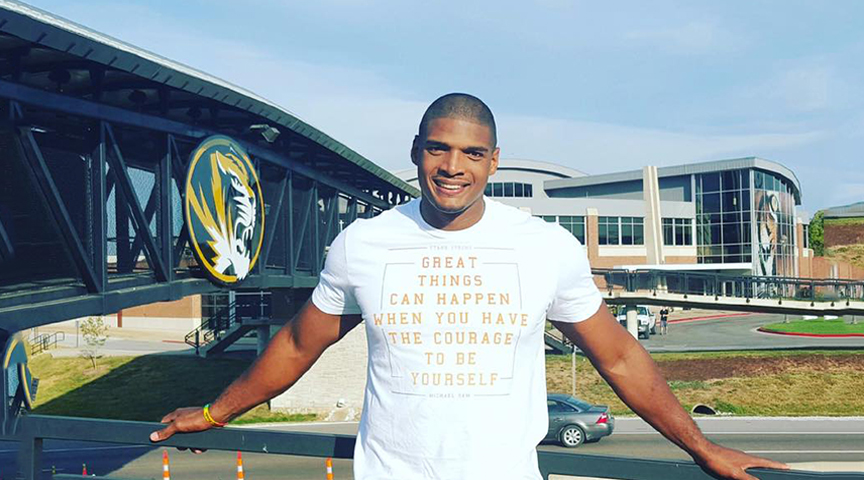 Michael Sam appeared on the Dan Patrick Show over the weekend and made some bold claims, stating emphatically that if he would’ve never come out as gay, he’d be on an NFL roster right now. Interesting because there’s this thing called talent that tends to keep players employed, but I digress.

If you recall, Sam came out shortly before being drafted by the St. Louis Rams in the final round. Remember the picture that went viral across the internet, of him and his boyfriend kissing in Sam’s living room? Yep, that was immediately after news broke that he was drafted.

Well, flash forward to today and Sam finds himself completely unemployed and back at the University of Missouri, taking classes to pursue his master’s. Oh yeah, and he’s single having split from his fiancee in July.

But let’s get back to the talent aspect, because there’s no doubt that despite coming out, if Sam was good enough to play a major role for a NFL team, he would be in the league. The issue is that because he came out, he wanted special treatment, specifically when it came to the media. You can’t create a circus in a locker room if you’re barely good enough to be on the practice squad, son!

After leaving the Montreal Alouettes following his breakup with his fiancee, Michael Sam can count on potentially never returning to the Canadian Football League, having ruffled a few too many feathers with his prima dona behavior.

What do you think of Sam’s account of things?