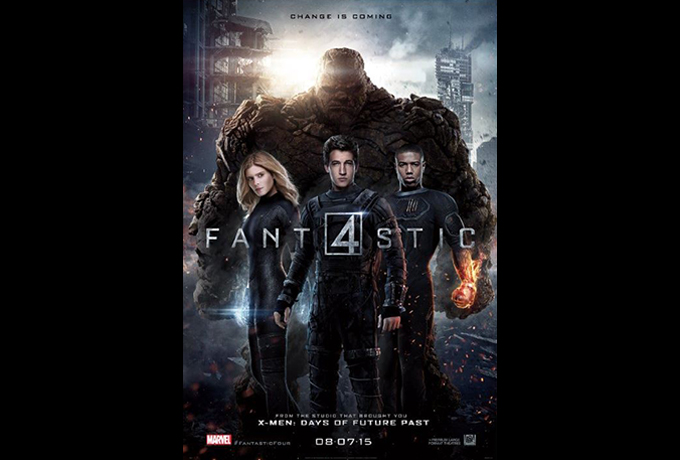 There wasn’t much good news for the comic book superhero movie, Fantastic Four, as it limped to an opening $26.2 million this past weekend. With all the anticipation, promotion, and locked in dates for the next few sequels, it was certainly shocking to see how poorly the movie performed.

The 20th Century Fox film was supposed to become the next big comic book franchise and bring us a crossover between Fantastic Four and X-men at some point, but with an opening week this poor and now projections of less than $150 million worldwide when it’s all said and done, things are not looking good.

At this point, Fox has already committed to Fantastic Four 2 and has plans to move forward with that sequel despite the lackluster punch of the first. It will be interesting if they choose to go the route of larger Hollywood names to sell tickets or if they stick to the lesser known actors like they did in this first film. While you can’t necessarily point to Miles Teller, Kate Mara, and Michael B. Jordan as the reason for the film failing at the box office, you can certainly say that maybe adding at least one slightly larger name to the cast would have sold a few more tickets at least.

Only time will tell how this series will fair, but to be honest, do we really need another Fantastic Four? I’m just saying!