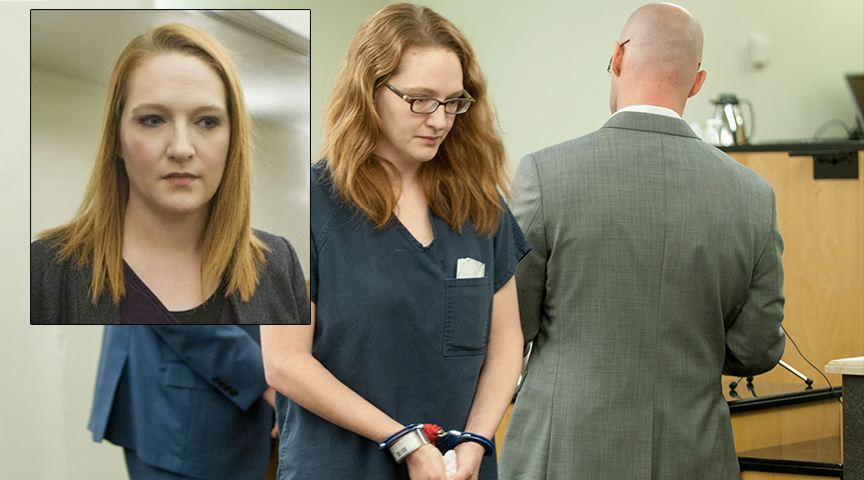 A drama teacher in Vancouver, Washington has been sentenced to five years in prison after pleading guilty to four counts of third-degree rape of a child and one count of tampering with a witness, following her ongoing sexual relationship with a 15-year-old boy.

Stephanie McCrea, 36, began sleeping with the boy at her home and in her office at the school, in December. According to reports, McCrea would perform oral sex on the boy before school and after drama practice, when they were at Evergreen High School. During the winter break, McCrea began picking the boy up from his home and driving him to her house, where they would have sex before meeting the other drama students at a local theater.

In January, McCrea was placed on administrative leave as the school investigated her for unprofessional conduct. During this time, McCrea created a fake Facebook page to communicate with the teen, telling him that if at any point he was questioned by authorities, he should lie about having sex with her. The boy also stated that McCrea had no intention of stopping the sexual escapades, as she wanted to keep the romance a secret until the boy turned 18 years old.

McCrea resigned from the school in April and pled guilty to the charges in June. She had been employed at the school since 2006.

[x_blockquote cite=”Stephanie McCrea” type=”center”]”I take full responsibility for my actions. Every day I feel the pain of knowing I’ve hurt many people with my choices. I profoundly regret the hurt I’ve caused.”[/x_blockquote]

If this had been a male teacher, having sex with a 15-year-old girl, do you think the sentence would have been harsher?