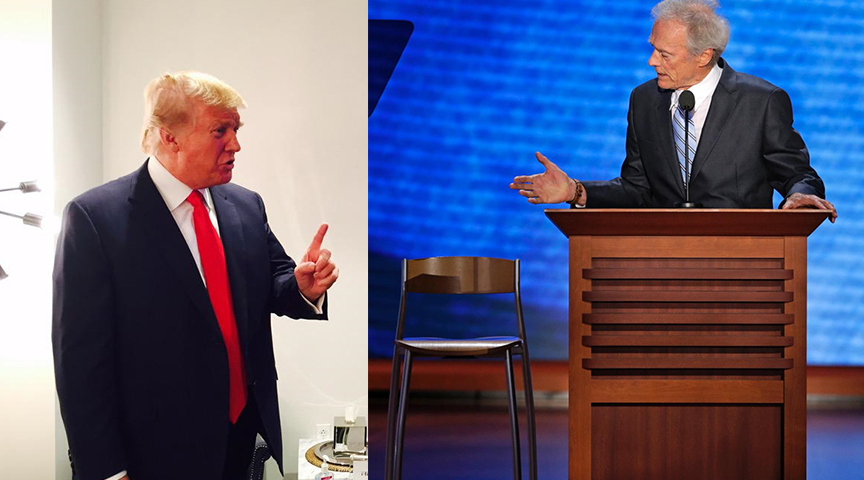 Trump gets no love from black business owners in South Carolina. Is presidential hopeful tapped out? Well if the turnout from one of his latest events is any indication then the Donald may be in trouble, especially with the minorities. Think back to 2012 when the Republican National Party held their convention in Tampa. Remember when actor Clint Eastwood brought out that empty chair and had a conversation with an invisible Obama? How could we forget being that it was the biggest headline to come out of the convention that year. So big that it went viral and people around the world start making memes called “Eastwooding.” Donald Trump recently had his “Eastwooding” moment when his event turnout fell flat.

Donald Trump isn’t exactly too happy after appearing at a speaking engagement in North Charleston, South Carolina on Wednesday, only to find that over one third of the convention room’s seats were unoccupied. The event was an African-American small business meeting, in which Trump spoke nothing of black business and the majority of the crowd was white.

According to reports, Trump was agitated for much of the appearance, complaining about the inaccuracy in coverage of his decreasing lead in the polls and the high temperature in the Ronald Reagan Library at last week’s debate.

Trump continued to complain later that evening, despite having a raucous crowd of $2,200 supporters turn up in Columbia, SC for his speaking engagement hosted by black Republican Senator Tim Scott. This time the complaint was about attack ads that are airing on television against him from a conservative group.

If this is any indication of a preview to the future, America, you should know that Donald Trump is going to bitch and complain every time something happens that he doesn’t like. How that will do anything to lead the country is beyond me.

Hey but don’t forget, there might be a putting green on the White House’s front lawn. Oh what a treat! Right, Tom Brady?