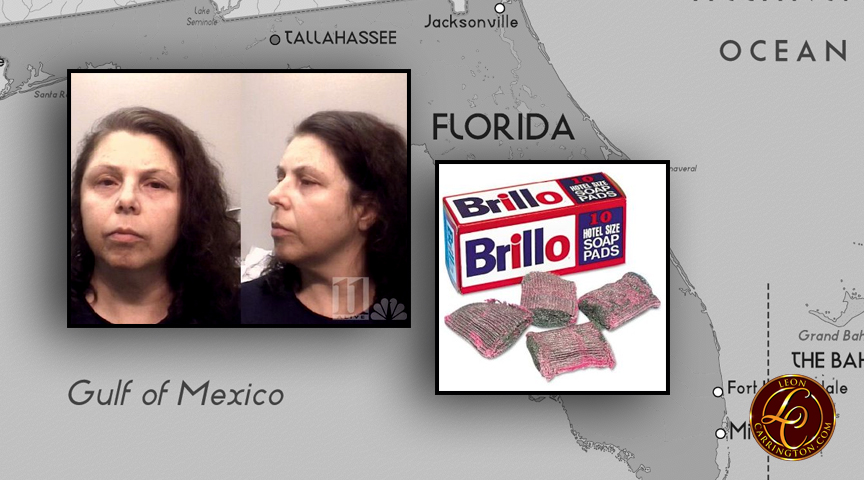 47-year-old Verdiana Pardo Meo Erbskorn was arrested in Georgia on charges of child cruelty after allegedly scrubbing makeup and eyeliner off of her 12-year-old son’s face with a steel wool loofa.

Erbskorn told police that her son was going through a“rock and roll phase” and has been wearing makeup and dying his hair different colors.

According to the police report, Erbskorn’s other son called the police because he was concerned for his brother’s well-being. When police showed up, they found the 12-year-old with redness all over his face and injuries to his eyes as a result of the steel pad his mother used to scrub his face.

Erbskorn has bonded out of jail but was charged with one count of battery and two counts of child cruelty. However, if her son suffers any permanent damage because of this incident, the mother may face further charges.

How Would You Respond to Your Son Wearing Makeup?

The mother’s actions are horrendous and she should be jailed for all charges. A brillo pad to your child’s face? That sounds like an open and shut case to me.

With that being said, if your son were to wear makeup, how would you respond?

We all know, the South isn’t the best place to be “different” as a teenager. This isn’t an area that’s as open-minded as California or New York. While, I can’t say the mother was disciplining her son to protect him from the close-mindedness of others, it does seem that as a parent, I could see why a son wearing makeup would be cause for concern.

However, rather than disciplining your teenage son, why not talk to him? Get him to understand how his difference in appearance can result in someone trying to hurt him.

Nowadays, children are exposed to any and everything on the internet (Don’t think those parental controls are stopping them!). These kids think they’re grown before they even graduate middle school. Yes, every once in a while, they’re going to need to get their ass beat like we all did growing up. But know when to communicate with your child.

If communication doesn’t work, you damn well better not pull out a brillo pad because the department of children and families is watching!

I’m sorry, but if my mom would have pulled out a brillo pad on me as a teenager, there would have been some furniture rearranging in that house. I’m just saying!